After running a few errands this morning, which included picking up a puppy that the foster home no longer wanted and visiting a one eyed cat, we made our way towards the temporary accommodation for some of the dogs that are available for adoption here.

A lovely family living about half an hour away are currently fostering some of Tanja’s dogs that are looking for forever homes. Vicky, Ricky, Uki and an insanely fluffy puppy were all under their care and had a nice fenced off area in the garden where they all lived together. There were kennels, blankets and food and water, and all the dogs were very happy to see us. Consistent foster homes are a rarity in these countries that don’t see animals as important. A few people give it a go for a week or so but then decide it’s too much trouble. Thankfully, this couple had provided Vicky, Ricky and Uki with a stable environment whilst we searched for permanent homes for them.

The puppy that we had collected earlier had a bit of a stand off with the puppy in the foster home whilst they tried to work out who was top dog. Our puppy will forever be a small breed, whereas the fluffy on will most likely be huge when she’s an adult – I think we can therefore work out who will be top dog in the end!

We then met with fellow Bosnian rescuers and drove up to privately owned kennels where Tanja also had some more dogs. These kennels are only a temporary measure and act as the middle ground for dogs before they are vaccinated and able to come to Tanja’s shelter with the other dogs. They can’t allow for dogs with any diseases or contagious medical conditions to enter the shelter otherwise all the other dogs are at risk, whereas these privately owned kennels can care for, and administer medication to these dogs in order for them to be able to eventually move. 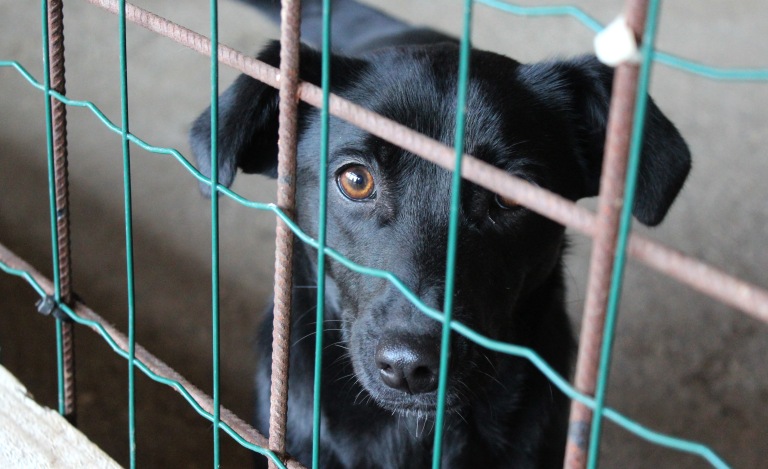 We let all the dogs out to run and play together, and also dropped off donations in the form of Christmas boxes full of goodies that had been sent by supporters. We had to leave behind the foster puppy, but Tanja will collect her in ten days once she has had her second vaccine, and then she will join the other puppies at the main shelter.

Similarly to other countries I have visited, it would seem that those who work in rescue are committed to helping as many dogs as possible, but with a lack of room to do so they have to spread their rescues out. In this instance Animals We Care Mostar are using their own shelter, foster homes, and private kennels. Thankfully they have a handful of people willing to help them, otherwise there would be many more dogs that they wouldn’t be in the position to help.